“They always say time changes things, but you actually have to change them yourself.”

A series of firsts  for my son in the last week has reinforced for me the changes my son has made as part of his acceptance of coeliac disease and a gluten free diet.

While he has had to make compulsory dietary changes, I am now seeing more subtle changes in his attitude to and ownership of his gluten free life.

So a week in the life of a teenager coeliac….

A group of friends were off to watch their mates play a game of rugby and then they were going to catch a bite to eat. His friends decided on  McDonalds.  Rather than eating another Quarter Pounder without a bun, my son took the lead and  volunteered an alternative : Zambrero’s – a Mexican style Subway with the majority of menu items being  gluten free. The meal was enjoyed by all.

I have purchased numerous varieties of gluten free snack/museli bars and in the main KJ has eaten one out of the pack  but asked for me not to buy them again.  On Monday, he came home from school with a snack bar wrapper for Food for Health,  Fruit Free Bars and asked “why haven’t you bought these for me before, they are really nice”.  A friend (non coeliac) had one in his lunch box and gave it to KJ to try. I have since found them in Woolworths in the gluten free section of the supermarket.

I made a loaf of fruit bread 12 months ago and KJ showed no real interest in it.   I have just been given free a packet of the same fruit bread mix and so decided to use it with the intention of my husband and I eating it.  Seeing the baked loaf, KJ asked “is it gluten free and can I have some”.  Twelve months does make a difference and this time around the fruit bread has been given his tick of approval.   It is a  Springhill Farm product well worth trying.

In the list of gluten free lunch box suggestions given to us by the dietician, is left overs.  Many a time I have suggested left overs for the lunch box, but this idea was never well received. So I had  given up asking.  Sunday’s dinner of a Carbonara Pasta Bake was a winner and KJ asked that if there were left-overs, could he have them for lunch. In the quiet drive home from school, he told me that the pasta bake was delicious.

My sons have shown mild interest in this blog but a few quiet words on a walk past me and KJ let me know that he had visited the blog and he implied that I was doing a good job.  However, I don’t hold out that he will ever agree to doing a guest blog for me.

So I sit and ponder ‘how times change’  and how time does make a difference BUT  more importantly how KJ has orchestrated change for himself.  I am so proud of him. 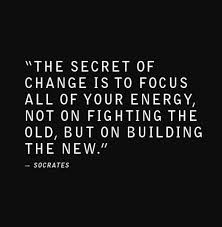